Linux Code Commentary ... in a nutshell 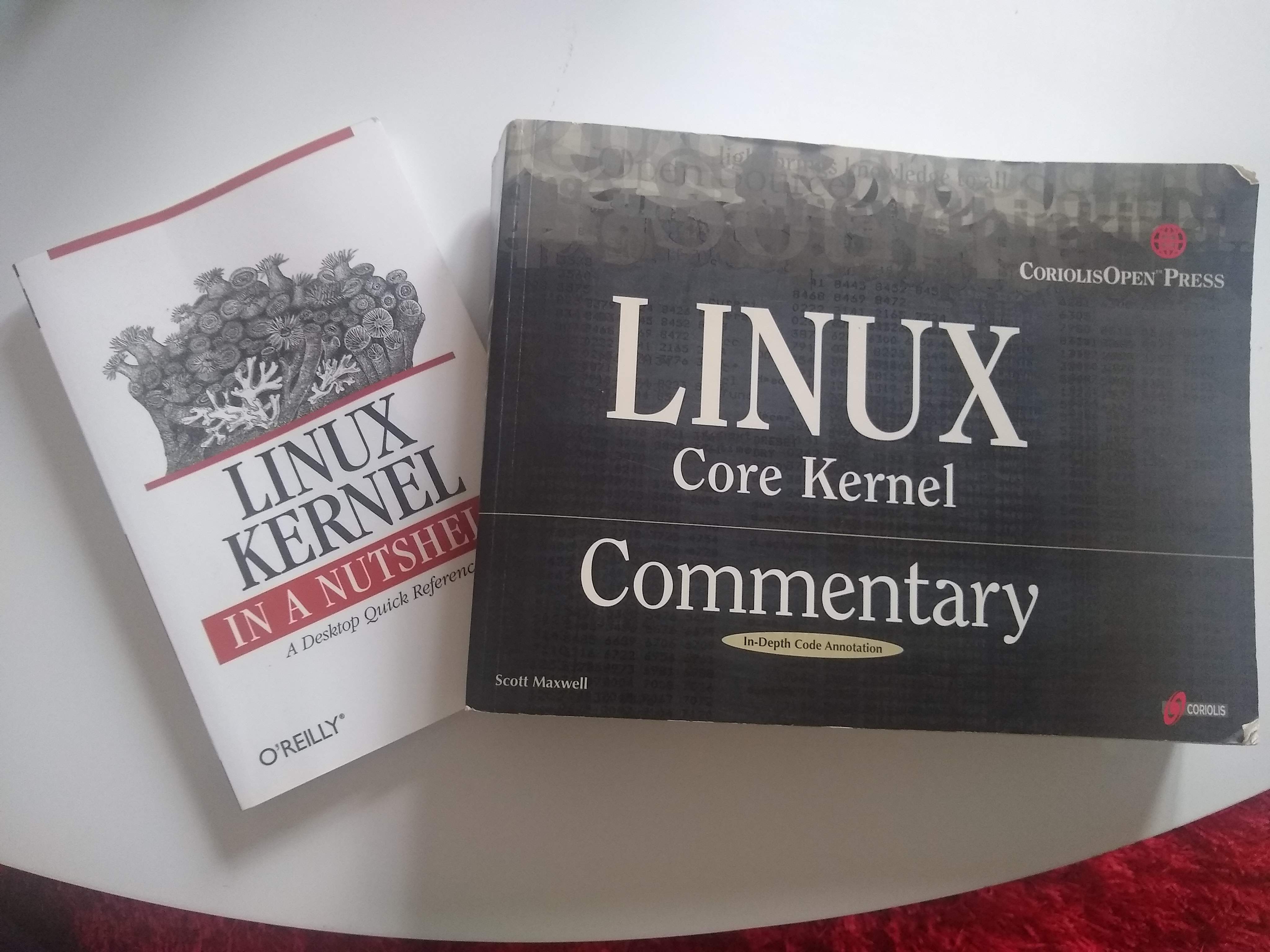 These books are rather old, so some bits are outdated, but don’t let this fact discourage you. Both can be super useful and can definitely help you learn more about how the Kernel works.

Linux Kernel In a Nutshell

The first one is a classic. Written by Greg Kroah-Hartman, one of the core Linux Kernel developers (who also took over as the lead of the project while Torvalds was away ), It doesn’t require any prior knowledge of Linux (or even programming) and guides the reader step by step into the process of building and configuring their kernel from source. Some of its subjects include:

What’s interesting about this book is that, it will give a short introduction into each one of the technologies and hardware and the Linux kernel flags for enabling/disabling support for them. Do you know what SAMBA or SELinux is? Perhaps confused as to what the lpj or the cachesize CPU options are during kernel configuration? This book will answer these questions.

This way you can learn about a bunch of components in just 20 pages (see Chapter 8: Configuration Recipes) without having to jump to different webpages and having to cross reference the validity of what’s you’re reading. Here are some example topics:

While the Linux Kernel in a nutshell is a rather lightweight read, this is definitely not the case with the Linux Core Kernel Commentary. Counting 575 of awkward landscape A4 pages it includes large chunks of code along with separate pages with line-by-line explanation of the code.

What you will learn from it:

The content can be broken up into two parts. The first half contains the raw contents of C and Assembly files from the kernel in a two-column format. The second half contains the corresponding commentary for the selected files.

Based on these files, the book analyses the following subjects:

Here’s an example view of the code presented in the book (file: include/asm-i386/siginfo.h). 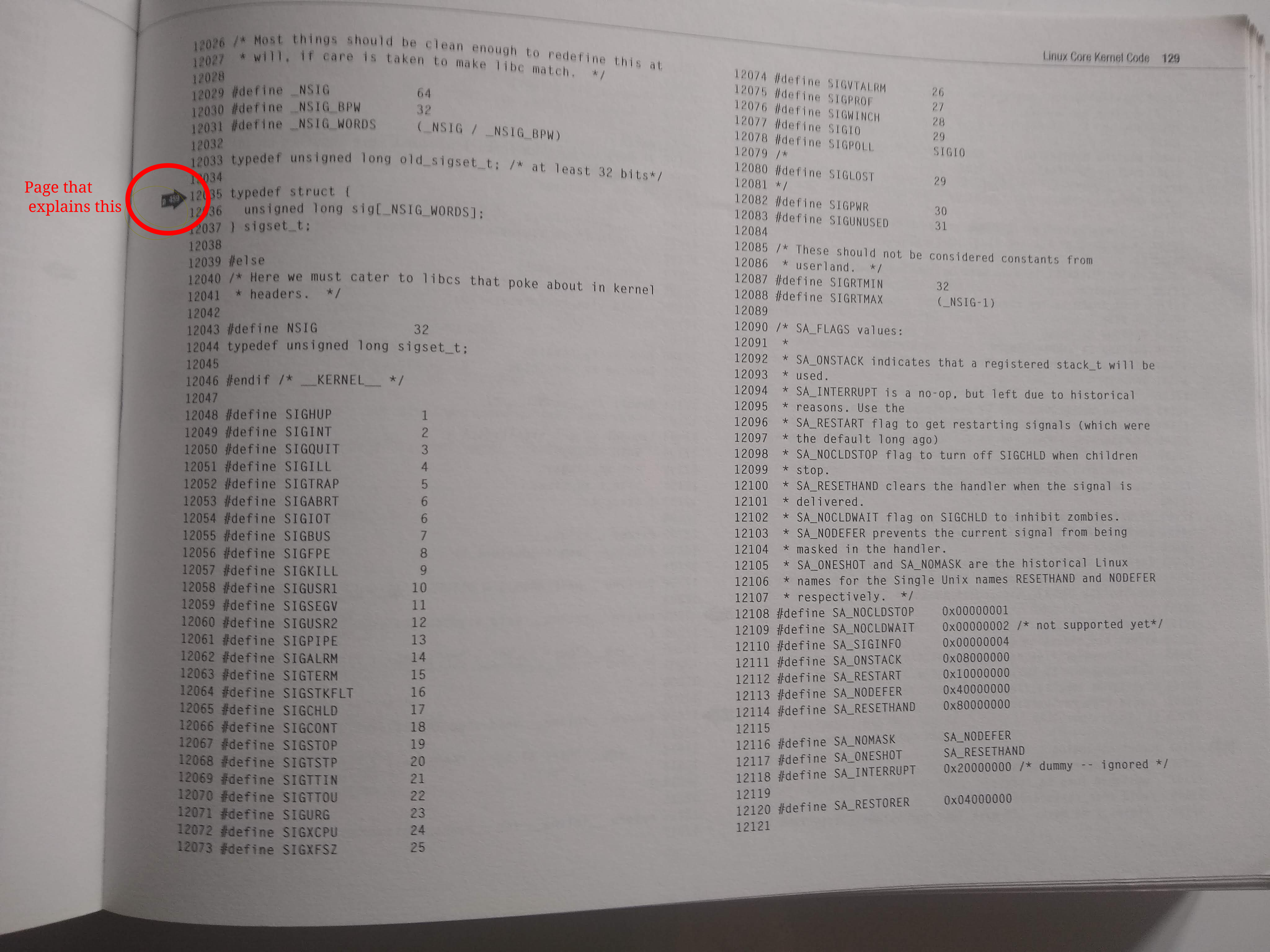 The black arrow on the right side indicates the page to go for a more in-depth explanation. Here are the contents of the explanation pages: 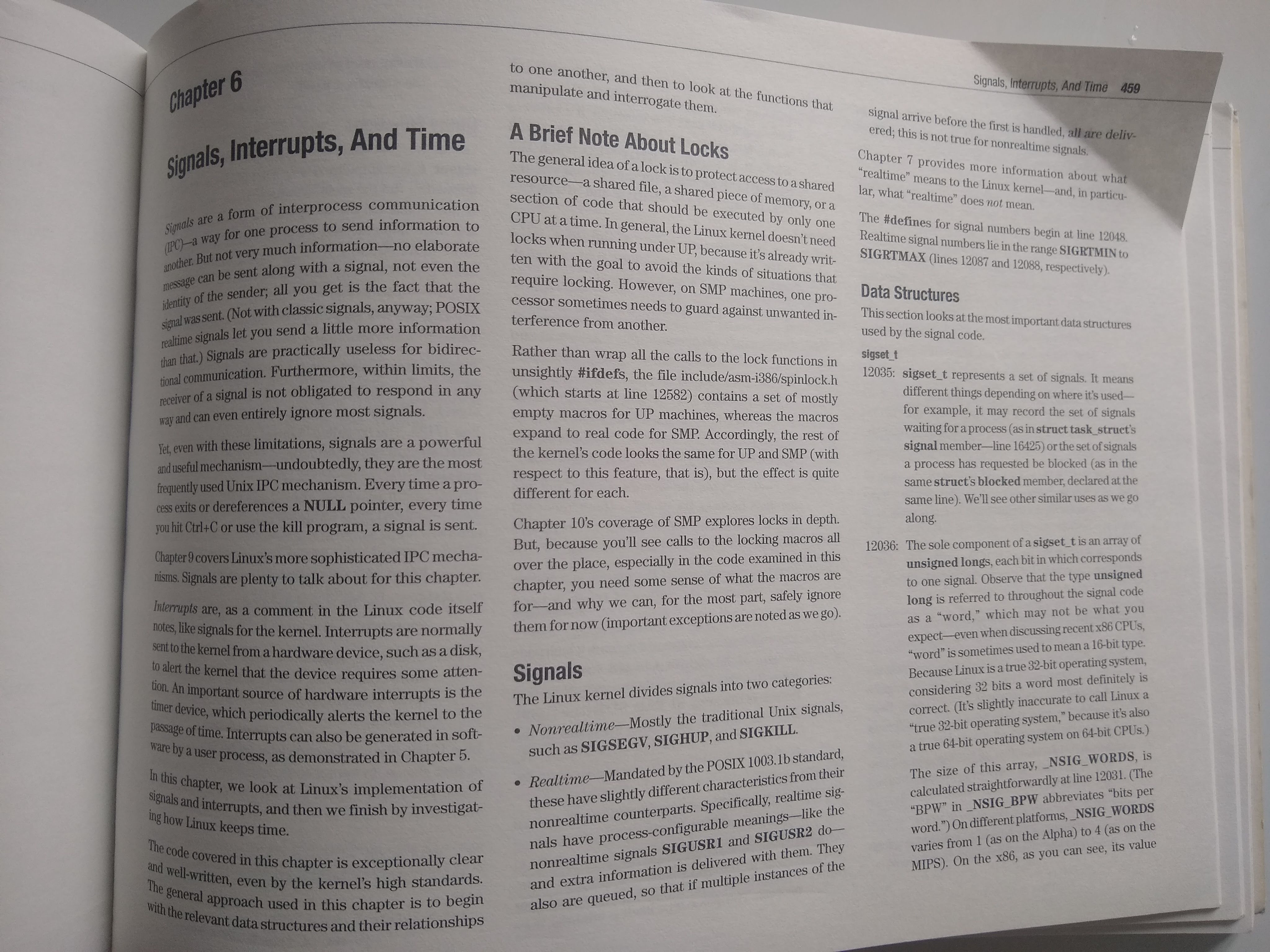 It includes some introductory content about Interrupts and Signals and then it goes line-by-line to explain what the purpose of the code is, what structs it uses etc.

Get both of them and at least have them in your bookcase. They are pretty cheap on